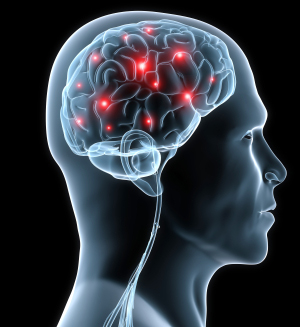 The research group of mechanisms of neuronal death and survival at the TTÜ Department of Chemistry and Biotechnology led by Associate Professor Urmas Arumäe has, with support from personal research funding (i.e. national funding for high-level research projects), explored the possibilities for the treatment of neurodegenerative diseases for the last four years.

By now, the study performed in collaboration with the research group of the Institute of Biotechnology of the University of Helsinki led by Mart Saarma has reached an intermediate stage.

The research focused on the mechanism of action of two protein molecules – MANF and CDNF. “These molecules are unique proteins (factors) that attenuate cell death, i.e. promote cell survival and that are the most promising candidates at present for the treatment of Parkinson’s disease and potentially other degenerative diseases. The mode of action of these factors is, however, poorly known,” Associate Professor Urmas Arumäe explains.

Parkinson’s disease is, in essence, a disorder in which nerve cells in certain areas of the brain start to degenerate (die) massively (for reasons that are unclear so far), causing gradual functional impairment of the relevant area of the brain, deteriorating significantly a person?s vital functions until death occurs. The causes of Parkinson’s disease are yet to be identified by modern medicine, there is no cure, the progress of the disease can only be hindered.

Animal experiments carried out at the University of Helsinki, corroborate that infusing MANF and in particular CDNF molecules into the brains of those animals with advanced damage similar to Parkinson’s disease, not only halts the progress of the disease but also starts to cure the organism, healing the neurological damage. Thus, CDNF has proved to be the best candidate for the treatment of Parkinson’s disease. If the clinical trials also confirm the efficiency of the drug, this will be a major breakthrough in the treatment of neurodegenerative diseases. Associate Professor Arumäe says:

The experiments carried out during the research identified two areas of MANF protein molecules that are necessary for the cell´s life-sustaining function. This discovery is a leap forward in understanding the mechanism of action of MANF and CDNF protein molecules. This, in turn, provides a better understanding of how these very promising drug candidates work.

“This research is also a big step forward in the treatment of other widespread, slowly progressive, but so far incurable diseases, such as diabetes, Alzheimer’s disease, sclerosis multiplex, but also stroke, etc., since the first results indicate that MANF and CDNF may be effective in their treatment as well,” Associate Professor Arumäe adds.

The research continues with a new personal research funding until the year 2020.