Our food diary is established by separating waste 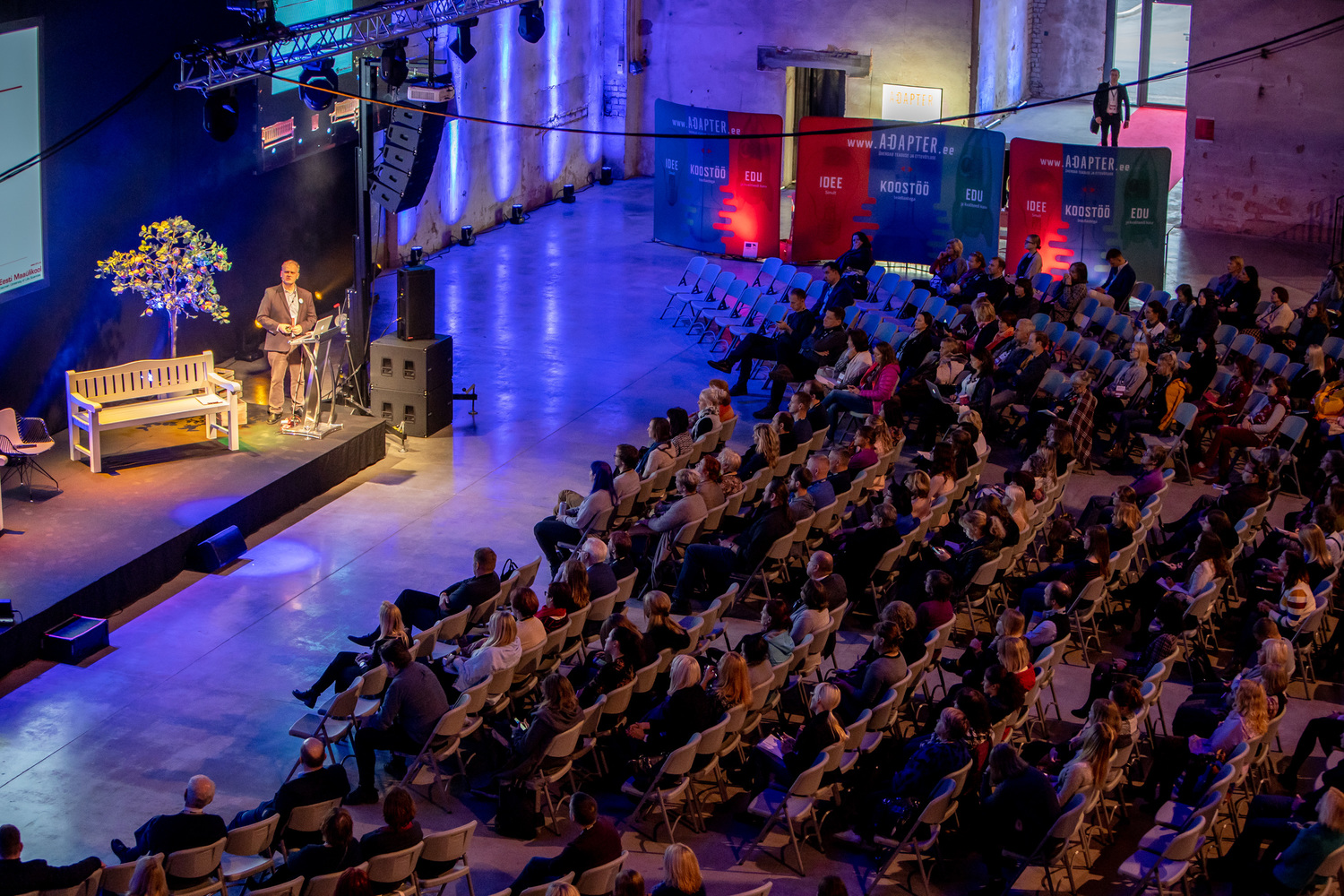 This year’s major event of the Estonian research and development (R&D) community Adapter took place on Nov 14th in Tartu, where the Cooperation Festival “Anything edible!” occurred. The festival focused on the topics of food production, environment and nutrition and diet.

Erik Puura, the Vice-Rector for Development at University of Tartu, proudly mentioned in his opening speech at the Cooperation Festival that five years ago a festival for universities and research and development institutions was created.

“From year to year the festival has undergone significant development. The very first festival was primarily meant for scientists and researchers who would get to know each other. Subsequently, a format in the style of elevator pitches was adopted as the idea was to introduce services and products. Today, the Cooperation Festival of universities and research and development institutions has developed into an event that pays great attention to topics and content”, Puura explains.

He adds that the choice of topic is rather easy because nutrition and the food industry represent the most multidisciplinary topics that are of interest to anyone. Moreover, media does not always provide correct information and it is difficult to assess what is actually true or merely constructed in order to gain likes. In this context, one can refer to recent news according to which an economist from Stockholm suggested to fight climate change by consuming human flesh.

Organic food can be bought on Amazon

Also others mentioned the relevance and especially its relative importance of the media since it is increasingly difficult to identify the truth. “The food industry attempts to catch up on the latest trends and social media makes up one part of that because the entire sectoral development is very much focused on information technology”, Urmas Varblane, the Professor of International Business at the School of Economics and Business Administration at University of Tartu, explains. “Concerning other trends it is crucial to note that the power centre of the global economy shifts more and more towards Asia and many people move from poverty to the middle class. Therefore, the food industry must account with the fact that the demographic trend is constantly changing. People get older and the average life expectancy increases. Additionally, every day 200 000 people are added to the existing population and they all need to be fed”.

Varblane gave examples of China where people are ready to try out new things and large companies are innovative and future-oriented. “Businesses differentiate and the food business is popular for investing. That is how Amazon for example found out that selling organic food is promising. The digital giant decided to buy the organic food store Whole Foods Market and made its entire product range available for purchase on Amazon Prime. Business models are changing and as such it is already now possible to buy UHT milk from the internet. The date of birth no longer matters because elder people start behaving like youngsters and the idea of living a long and healthy life becomes the most important message of the international food industry”.

As organic food has turned into a growing trend, controversial opinions and questions arose during the debate. In the context of topics such as providing food, competition and customer preferences, food safety and the authenticity of food, it was emphasised that plants very often make up components of meat products, although meat is also increasingly grown in laboratories. The same is observable when it comes to non-dairy yogurts etc., and the question arises whether organic always really means organic.

What does food have to do with circular economy?

In order to keep pace with global trends and account with customer needs food start-ups that put great emphasis on circular and bio-economy, as well as waste and packaging, are launched. “We must keep up with Chinese competitors. Estonia’s activities and products must be competitive with the developments taking place in the global food industry and circular economy. Design is crucial and everything that we are able to offer as eco-design is popular. Articulating food and environment related topics is very valuable as we cannot ignore these issues”, Mait Kriipsalu, a scientist at the Estonian University of Life Sciences, explains. “The relation between food and circular economy is often not fully grasped”.

A great proportion of waste is made up by food waste. A lot of groceries do not even get to the supermarket shelves because the supplier is afraid that the customer is reluctant to buying curved cucumbers and mottled tomatoes or the end crust of the bread. An entire barrow full of food is rather taken to the waste dumpsite than given to animals.

“Circular economy is a pretty word. It was even taken up in ‘Truth and Justice’, but everyone interprets the term differently. The major concern of circular economy is to avoid waste altogether – decreasing waste and environmental protection are of minor relevance. This requires a drastic transformation of the functioning of economy”, Kriipsalu highlights in his speech. He adds that also the consumer’s responsibility becomes increasingly important.

At the Cooperation Festival it was stated that the behavioural patterns of the younger generation already change and plastic bottles are replaced by bottles made out of metal or glass. Technology develops as well and humankind is now capable of coping with issues that seemed unresolvable in the past. The main goal for suppliers is to modify packaging in a way that allows recycling. Otherwise, it is necessary to adjust the technology used, redesign the packaging or stop producing the given product altogether because recycling can only be efficient if no waste is produced at all.

In the end, Kriipsalu proposed to start separating waste. “We often think that we consume only Estonian products but when we separate our waste we notice that some items are produced in China. Separating waste enables us to screen what we actually consume. This is your food diary. By directly looking at the packing we notice what kind of decisions we actually make and whether all the products that we consume are healthy and necessary”.

To sum up, it can be pointed out that consumers become increasingly aware and demand that their preferences are taken into account. An entrepreneur must keep up to date with the developments and base the business concept on the prevalent consumption patterns and trends associated with healthy nutrition and green economy.

The festival partner of the cooperative network Adapter was the Association of Estonian Food Industry this year. More than 300 people visited the festival, almost half of which were business representatives. It was furthermore possible to get an insight into the developments of research institutions and food businesses, as well as innovative food products.