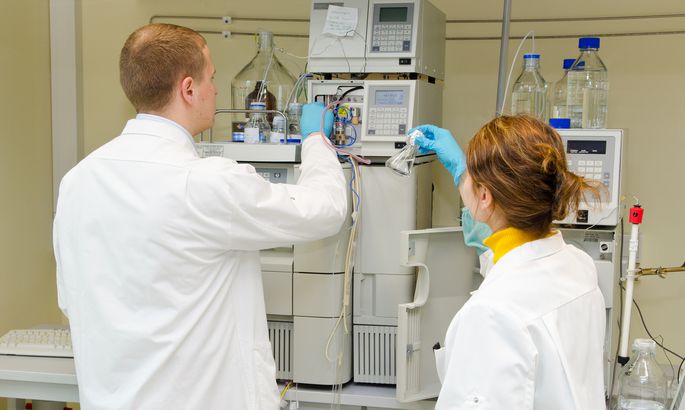 The food pyramid in Estonia has been turned upside down – too few vegetables are consumed, although they should be the main part in the menu. Tables are filled with meat products, which experts recommend to consume three to four times less. Estonian scientists from the Development Centre for Food and Fermentation Technologies contributed to solving the problem and created a meat analogue from peas.

“Bean protein is a good alternative to soya protein, which has proven to be a major allergen,” says Mari-Liis Tammik, head of the plant-based product development group at the centre. Vegetable meat is, for example, coloured with beet juice and flavoured in the same way as conventionally processed meat.

Over the past seven years, the use of the sign “vegan” added to Estonian products has increased sevenfold. Scientists from the Development Centre for Food and Fermentation Technology are eager to bring, in the form of herbal foods, more vegetable products that taste like meat to the tables of meat lovers, not to mention the enrichment of vegetarian and vegan menus.

In Germany, 69 per cent of the omnivorous people practice “meat-free Mondays”, that is, they abandon meat and fish for one day of the week. It promises significant health benefits – the cholesterol content of vegetable meat is zero! However, the cholesterol content of a regular meat burger is 55 mg, which is 18% of the daily intake. For example, the McDonalds meat burger does not contain any fibre at all.  The Vegan alternative gives 3 grams, which is 12 per cent of the daily fibre requirement. The plant “meat products” contain significantly more protein, vitamin C and calcium not to mention iron, which is already covered by a single plant cutlet in the amount of 25 per cent of the daily requirement. However, the salt content of vegetable products should be monitored, because a lot of salt could have been added to revitalize the flavour.

In Estonia, seven per cent of dairy products entering the market are of vegetable origin. Oat milk helps to lower the cholesterol in the blood, and is also rich in fibre. Soy milk protects against cardiovascular diseases, coconut milk contributes to the development of the brain and strengthens the immune system; the sesame seed milk is an antioxidant and has an antiviral effect. Rice milk has anti-inflammatory effects.

Baltic red algae in the cosmetics industry
The first scientifically proven range of porridges in Estonia.
See all news