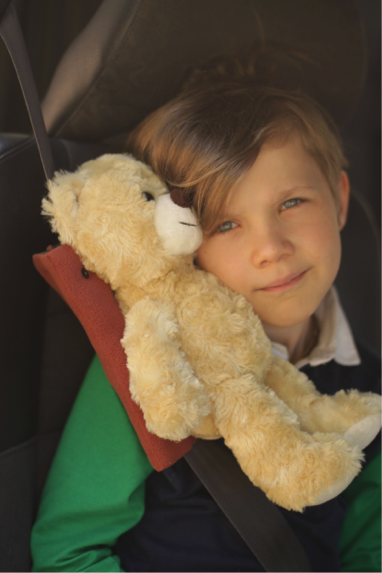 With an emphasis on valuable recyclability, solutions were sought out to get from manufacturing residue to a circular economy and introduce quality managing. The project involved 12 partners, including Rescue Board, Police and Border Guard Board, Sangar AS, YKK Finland and others.

Via the initiative, it was examined what kind of residue and in how large quantities is generated by the defence industry’s project partners during the process of production and subsequent storage /write-off, and for some institutions the numbers were considerable. For example, the Estonian Defence Forces produce 30-40 tons of waste per year.

As part of the project, more than ten options were proposed for recycling, this time focusing mainly on the textile industry. In the spring semester of 2018, mixed groups of EAA and TLU students were formed, and together they focused on mapping the managing of production residues and product development.

Eliize Hiiop, a student at EAA Sustainable Design Laboratory, explained the prototype produced during the project: “Almost all of us have been exposed to the inconvenience caused by a seat belt. The situation is even more inconvenient for a little child. Often, when travelling by car, the child feels sleepy, however, the seat belt causes discomfort and there is no place for supporting the head. This problem now has a solution-Turvakaisu (Security cuddly)! Turvakaisu is born from the residues of production in the textile industry, making it easier to travel by car, simultaneously saving the environment. Turvakaisu protects from seat belts grooving in and supports the child’s head for an invigorating sleep. Turvakaisu product name includes various characters who will help the child to bear the annoying motoring travel by transforming it either into an invigorating nap or a fun adventure. ”

Eco-friendly bicycle bags for grown-ups, as well as children, were also developed, with half the price of the similar products offered on the market at the moment

Traditional Estonian tree sap in a new modern form
From idea to innovation: what should be considered when approaching researchers?
See all news